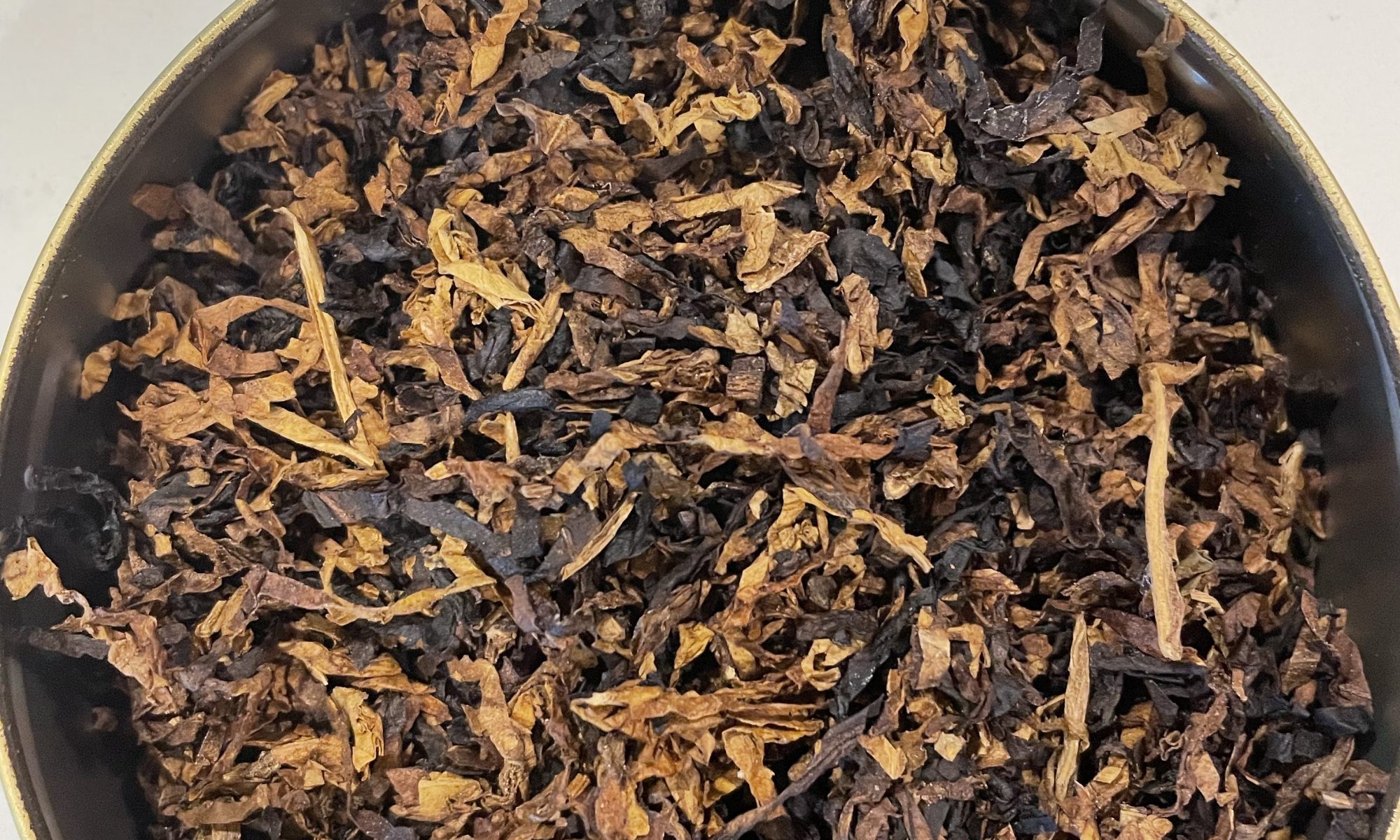 I was looking for a tobacco to try some Latakia. Boy, did I find it!

I was attracted to Consummate Gentleman by the tin and the name, to be honest, as well as the description. I wanted to try a Latakia blend. I’d also never tried a tinned tobacco before, just bulk tobacco bought by the ounce. OK, I take that back! I’d bought a 100g tin of tobacco at the Danish Pipe Shop in Copenhagen, and loved it. It’s a totally different type of tin, though.

Just opening the tin was a new one for me. The lid wasn’t coming off with any normal human amount of force. It’s pretty well vacuum sealed. Finally figured out to use the tip of a butter knife to twist under the lid just enough to break the airtight seal and let some air in, then it opened up easily.

I was immediately struck by the strong, distinctly smoky aroma. Wow! If you like Laphroiag or Lagavulin you’ll probably like a Latakia blend. It smells a bit like a smoldering barn. It’s the kind of aroma that your male friends will love, and will cause most women to recoil in horror. There’s a paper liner in the tin to keep the tobacco from being in direct contact with the metal, as is the case (I believe) with all of the flat, vacuum sealed tins of this type. The tobacco was tightly packed and required a little rubbing or digging to get it to separate. Once I got some in hand, it seemed quite a bit less moist than the aromatics I’m used to. Some of them can feel downright oily or goopy; this was not overly dry, but I didn’t think I’d have problems keeping it lit.

Undaunted by the strong aroma, I loaded up a MM corncob and tried it out. It’s definitely a change from a milder aromatic like the Ted’s #1 (also known as RLP-6) that I’m used to as my daily smoke. There’s a lot of tobacco flavor in this one, rather than syrupy toppings. The Latakia adds a distinct smoky flavor that I didn’t find overbearing or too strong.

My wife was sitting a few feet away and said the smoke was tolerable, but not pleasant as is the smoke from the aromatic blends I’m usually smoking. As I figured would be the case, I didn’t have trouble keeping it lit. It’s not unusual for me to need to relight my pipe pretty often, but I think I made it through half a bowl of this with one or maybe two relights.

All in all, I like it. I won’t be making it my daily smoke, but just like a good Islay Scotch there are times when you’re just in the mood for a little bit of smoke in your life. It’s something different, and I’ll be keeping it around. I think this will be perfect for a nice little clay pipe I’ve got with a smaller bowl. I’ve got the tobacco in a jar for now, not knowing how well it will keep in the tin and paper.